Alabama lost a wonderful raconteur and defender of the accused with the recent passing of George William Andrews, III, House ’64, on April 24, 2019.

Andrews was born on October 12, 1946, in Union Springs, Alabama, to George and Elizabeth Andrews. Andrews’ father served in the U.S. House of Representatives from 1944 until his death on December 25, 1971. His mother Elizabeth went on to win the special election to fill out the remainder of her husband’s term during the 92nd Congress (1971–1973).

Andrews remained in Alabama for much of his childhood while his father served in the House. In 1961 he moved to Washington, D.C., to become a House Page. Assigned to the Democratic Cloakroom, he answered telephones and relayed messages to Members of Congress—an essential role in an era before pagers, computers, or cell phones. As a Page, and as the son of an influential Representative, Andrews interacted with Members of Congress on a daily basis.

During his tenure, he worked his way up to “number one phone Page,” a position he held for the majority of his service. In his leadership role in the cloakroom, Andrews oversaw an organized and carefully orchestrated messaging system which required on-the-spot decisions—some of which involved important communications between House Leaders, the Senate, Cabinet officials, and even Presidents. While employed by the House, Andrews attended the Capitol Page School, graduating in 1964.

In an official oral history provided to the U. S. House of Representatives Office of History, Art & Archives, available here, Andrews provides a unique look at the House of Representatives during one of the more turbulent periods in American history. Born and raised in the Deep South, Andrews discusses how he came to terms with divergent views on race relations—in his family, in the state of Alabama, and at the U.S. Capitol—in the civil rights era. In his series of interviews, Andrews offers a detailed description of the Alabama delegation, including his father’s office, during the 1950s and 1960s. He also reveals the impact of a House career on Members and their families faced with a decision of uprooting their lives and moving to D.C., or remaining home and spending time apart.

Andrews, who joined the Page program in 1961 to be closer to his father, recalls an institution fraught by deep divisions, but where collegiality among Members typically prevailed. Andrews witnessed firsthand many historic events, including the vote to expand the House Rules Committee in 1961. Moreover, one of Andrews’ most vivid memories was serving as an usher at the entrance to the Capitol Rotunda where President John F. Kennedy’s body lay in state in 1963. Andrews also shares his memories of House traditions like the Congressional Baseball Game and the culture and living quarters of the Congressional Hotel where many Members of the time lived during House sessions. Assigned to the Democratic Cloakroom, Andrews credits the often stressful and fast-paced environment of his Page service, as a key component to his later career as a high-profile criminal defense attorney.

After the sudden death of his father in 1971, Andrews observed his mother’s transformation from a grieving widow to a serious candidate, determined to fill out her husband’s term to continue his legislative agenda. In his dual role as former House Page and as the child of Members, Andrews provides a distinctive narrative that augments segments of House history with few written records.

After his Page service, Andrews attended Emory University in Atlanta, earning a B.A. in 1968. Three years later, he was awarded, like his father and grandfather before him, a J.D. from the University of Alabama. Andrews began his law career in the U.S. Navy, where he served in the Judge Advocate General’s Corps until 1975. Andrews subsequently practiced law in Jefferson County, Alabama, for over 45 years.

Andrews began his post-military legal career as an Assistant District Attorney in the Bessemer Division of the Jefferson County District Attorney’s Office, and later in the Birmingham Division.  He joined his best friend, Judge O. L. “Pete” Johnson in private practice where they represented defendants in criminal cases.  He continued to practice as a criminal defense attorney in both State and Federal Courts and was a founding partner in White, Arnold, Andrews and Dowd. The onset of Parkinson’s Disease led to his retirement from criminal defense work. Andrews represented clients in Jefferson County Family Court when his health allowed with the firm Andrews and Krayer.

Andrews completed his autobiographical manuscript, “Carefully Taught,” in 2017.  In it, he chronicles the experience of one son of white privilege in the South who fought for the rights of the accused, and particularly African American defendants. George was a southern gentleman, a tenacious and successful attorney, and had a vision for all persons to be treated equally and afforded the same opportunities.

He filled the hearts of his family with love and will be deeply missed.

Family and friends have organized a celebration in honor of George’s life on Wednesday, May 8, 2019, from 5-7 pm.  Page Class of 1964 classmates are welcome to attend; please contact Mr. Bob Bartkus (rbartkus@mac.com) should you wish to attend.  The celebration of life event will be held at ’The Club,’ which was, according to a dear friend, “a venue overlooking the city and close to the courts and law office district where he spent too much time.”  ‘The Club’ is located at 1 Robert S. Smith Drive, Birmingham, AL 35209. 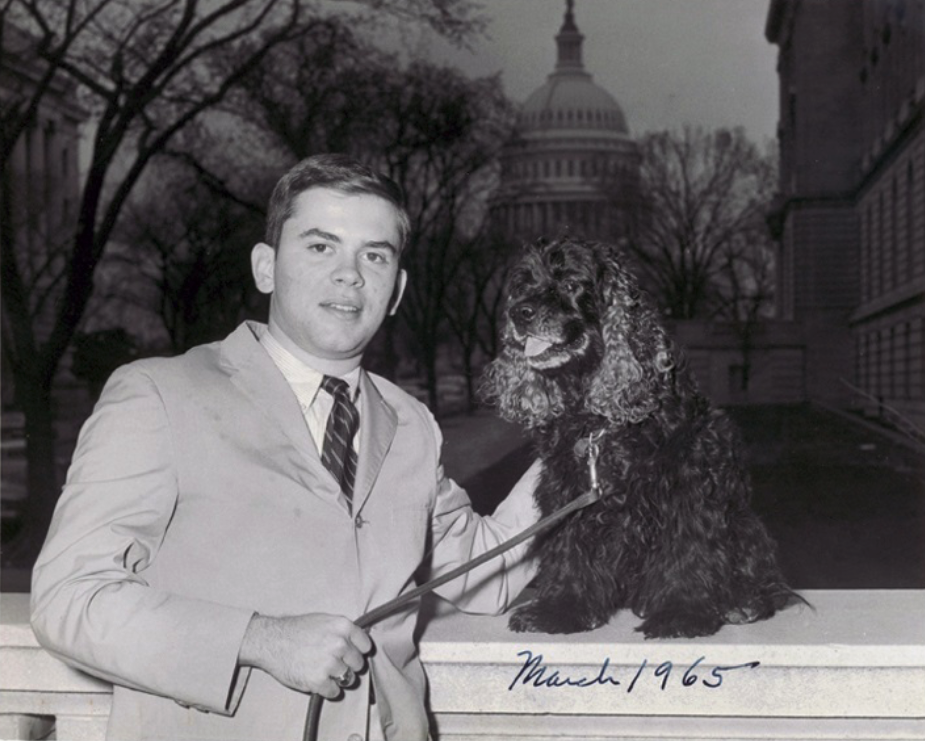