Page Documentary to be Televised This Fall 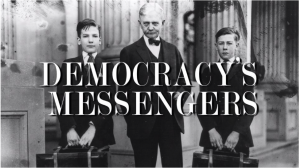 Great news! The documentary is complete and it will be televised this fall (2015). Roll Call, the newspaper of Capitol Hill, recently published the announcement. The Association will send additional information to alumni as the date(s) and time(s) are finalized.

Background: A team of former Pages and veteran filmmakers came together to create a documentary on the House, Senate and Supreme Court Page Programs. For two years, USCPAA Board Members Jerry Papazian, House ’72 and Miles Taylor, House ‘05 have been working with Hollywood filmmaker Eric Neal Young to complete Democracy’s Messengers:  The Never-Before-Told Story of Young Americans on Capitol Hill.

In December 2014, alumni generously donated to get the documentary across the finish line. The Indigogo campaign  raised $21,180, which far exceeded the original goal of $15,000 and stretch goal of $20,000.

The 30-minute documentary features on-camera interviews with historians and dozen of former Pages, including Senators, Congressmen, presidential advisors and business leaders like Microsoft founder Bill Gates, House ’72. The film goes behind-the-scenes into the lives of Senate, House, and Supreme Court Pages as they witnessed our nation’s leaders make history from the times of the Revolutionary War to September 11, 2001. The team collected hundreds of hours of raw interview footage and unearthed old footage that had been relegated to the dustbin of history.

The film is narrated by journalist Cokie Roberts and is billed as “the coming-of-age story” of an American tradition and those that it shaped.

Once it has been televised, we will be looking for alumni to host film screenings in communities across the country. If you are interested, please contact us.

LEARN MORE ABOUT THE DOCUMENTARY 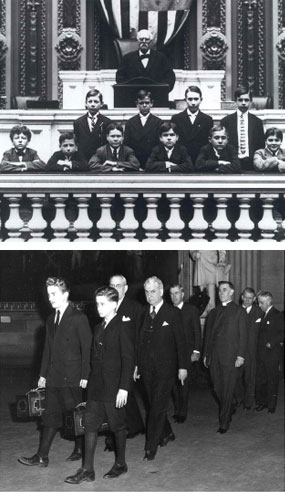