To celebrate her career, Dave Kralik (House, 1996) held a retirement party for her on January 5, 2016 in Washington, DC. Over 50 former Pages from across the decades of her tenure attended, toasted Peggy, and wished her well on her retirement. Dave also developed a (surprise) Facebook page (closed group) that allowed former Pages to leave notes and post photos, which he gave to her at her party. 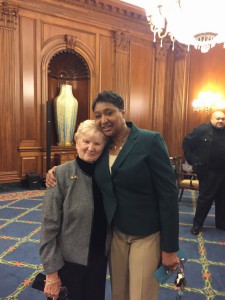 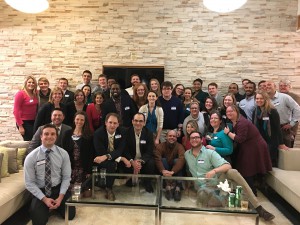 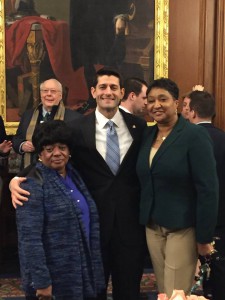 Speaker Ryan and Ms. Sampson at her retirement party, January 2016