Julian Knox “Joe” Morrison III passed away at age 84 on March 19, 2014 in Port Orange, FL, due to unexpected complications from a prolonged illness.

Joe was born and raised in a Navy family in New London, CT, and thus spent the majority of his youth moving between navy bases up and down the east coast and Hawaii, but called Washington, DC his home.   One highlight from his youth is when he served as a Page for the U.S. Supreme Court (1943-1947).   He attended the University of Virginia on a Naval Reserve Officer Training Corps scholarship, majored in physics, was a member of Sigma Chi fraternity, and graduated with a BA degree in 1952. He then was commissioned a U.S. Navy Ensign, and he and his new bride, the former Helen Banks Adams, drove across country to San Diego, CA, where he served aboard USS Taussig (DD-746), deployed to the Western Pacific Ocean, and participated in combat operations during the Korean War.  After this tour, the couple returned to New London, CT, for Joe’s submarine training.  He then served as one of our nation’s first Regulus-1 guided nuclear missile officers and as Acting Executive Officer aboard USS Barbero (SSG-317), in Norfolk, VA, where he earned his Gold Dolphins and became a second-generation U.S. Naval Submarine Officer. While in Barbero, he conducted several deterrent patrols in 1956-57 in the North Atlantic, predecessors to the patrols around the world that continue with the latest submarines today.

In 1958 Joe began his civilian career with Chance Vought Aircraft Corporation in Dallas, TX.  In 1965 he settled back to Washington DC and began a successful analysis and writing career with Research Analysis Corporation (RAC), McLean, VA; Executive Secretary of the American Revolution Bicentennial Commission; Consultant with both the American Institute of Engineers and Architects and the National Research Council; and finally as President of the Washington International Trade Association.  In retirement, Joe and Helen made their home in both Sneedville, TN, and Port Orange, FL.

Joe was a prolific and respected researcher and writer.  While he became an early user and believer in the power of computers, Joe was passionate and well known for his beautiful handwriting and mastery of our written language.  Joe authored articles on Navy guided missile technology, naval history and civilian aviation technology for various publications and local newspapers.

Joe was preceded in death by his wife of 60 years. Joe is survived by four daughters, Drucilla H.
Morrison Urquhart of Port Orange, FL; Helen A. Morrison Puckett of Sneedville, TN; Julie A. Morrison Barton of Schenevus, NY; and Patricia B. Morrison Acton of Oak Harbor, WA.  Joe also is survived by his brother, Vance H. Morrison, of Alexandria, VA, as well as six grandchildren and one great grandson.

A private memorial service and internment of remains was held in June 2014 at a family plot in Rock Creek Cemetery, Washington DC. 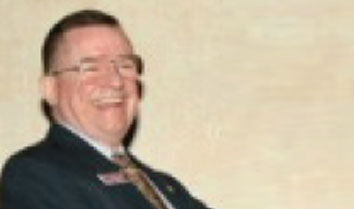