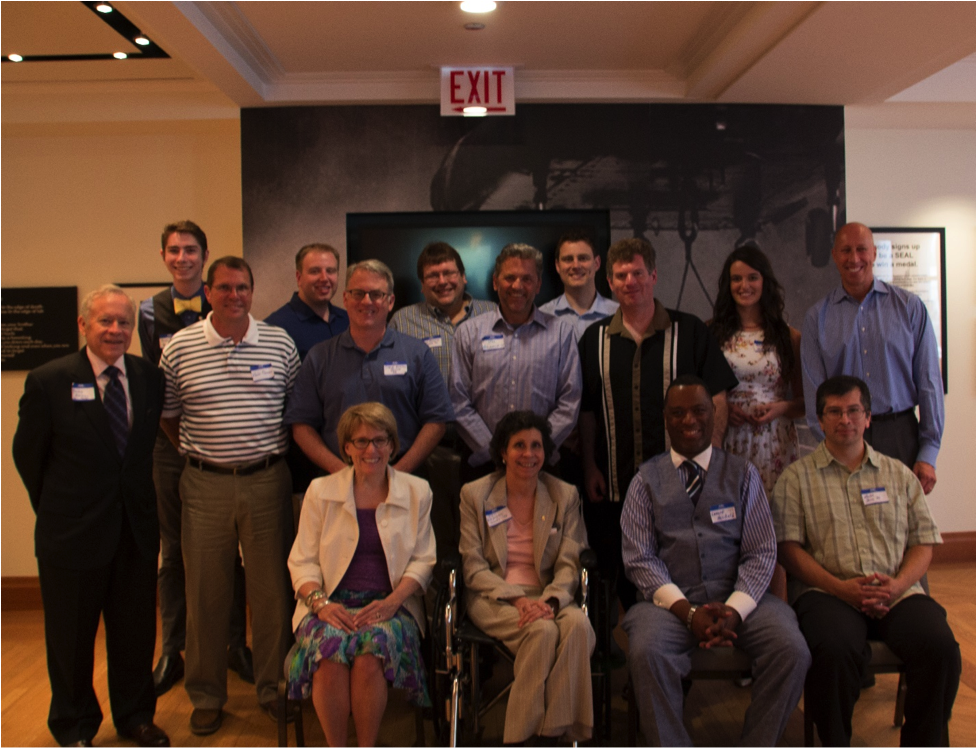 A Chicago Page Alumni event was held on June 28, 2014. 30 Pages, friends, and family attended the social event in downtown Chicago. One of the highlights was a discussion with political cartoonist Scott Stantis of the Chicago Tribune who sketched, joked and explained his craft. He traced the origins of political cartooning back to cave art, entertained the group with anecdotes of his early years in the profession and shared some of his favorite current cartoons. He revealed the secrets of creating a successful caricature by sketching himself, President Barack Obama, Chicago Mayor Rahm Emanuel and even members of the audience.  Stantis’ cartoons are syndicated in 400 newspapers; his comic strip, “Prickly City,” appears in 120 papers.

The new Page documentary, “Democracy’s Messengers”, was shown to much acclaim.

The event was held at the Pritzker Military Museum and Library in a beautifully restored, architecturally significant building dating to the 1920s. Pritzker docent Scottie Perry presented a preview of the museum and its history, showcasing the current exhibit, “SEALS: The Unspoken Sacrifice,” a poignant photo exhibit of Navy SEALs and their families.

Pages from 1961 to 2009 attended, sharing tales of Washington adventures that were funny, inspiring and as memorable as if they happened yesterday. Kevin Conner, House ’72, revealed his tale of singing “The Star Spangled Banner” on the House floor (to the approval of the gallery); Michael Esposito, Senate ’84, told of watching Sen. Percy, without a vehicle, sprint from a nearby softball field to the floor for an unexpected vote; Alan Rose, House ’72 shared the terror of witnessing a gladiator-style confrontation in the cloakroom between Tip O’Neill and the always “hatted” Bella Abzug

If you live in the Chicago area and have an idea for an event or would like to host one, please contact alumni@capitolpagealumni.org. 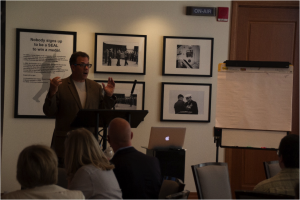 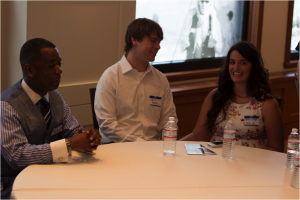 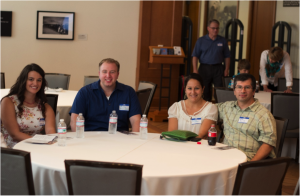 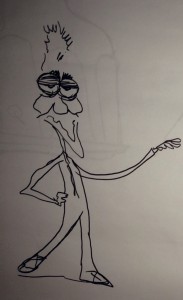 Chicago Mayor Rahm Emanuel, who studied classical ballet as a youth, is often drawn in “balletic” poses. By Scott Stantis

The cartoonist exaggerates President Obama’s body language to convey his attitude towards constituents. By Scott Stantis 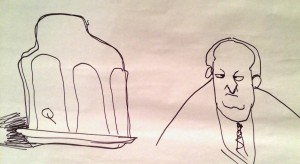 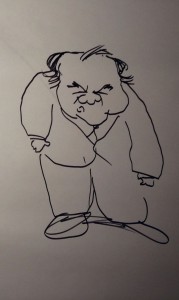